Mobile games range from the most casual games you click on for a while to very intricate multilevel strategy games that you play for years.  Our aim for Alina is somewhere in between the extremes. You can get to the final stage of the game in 30 mins, if you manage to survive there on first try. Most likely it will take a couple - or more - of tries. However, you cannot get the whole story in just one playthrough, there might be little things left out. So we really hope that we can engage the players enough with the gameplay for them to get a chance to see what Alina's story is about.

This is actually much easier said than done. Game balance, difficulty, progression curve and mechanics all play into the golden standard that game devs call retention. If the game is too hard, if you can't figure out what to do, you'll drop out. And if the game is too easy, does not have enough challenge and is plain boring, you'll uninstall and never look back. 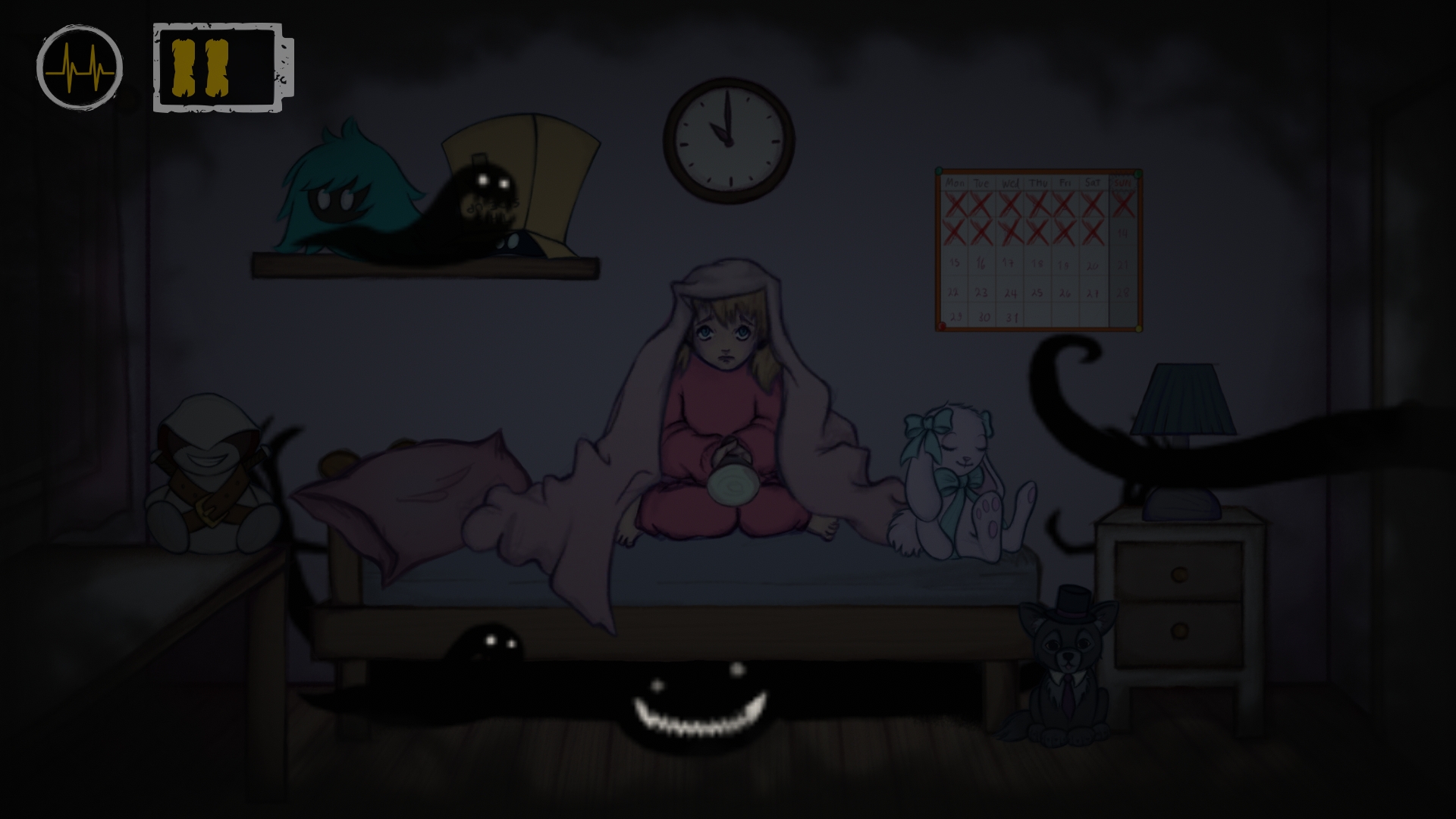 Now, in Alina, the basic game mechanic is very simple: point the light into the direction of a monster to kill it. The thing you need to look out for is your depleting batteries, so you can't just keep the light on indefinitely. But the game mechanic on its own does not really offer much in terms of difficulty. This was a design choice by us. We don't want to make player go through any complicated tutorials. Instead, we want the player to just dive into it and learn with trial and error.

At early stages of designing the game, we thought about the flashlight itself being upgradeable. With your allowance, you'd be able to get superbright bulbs for the light, or some other add-ons to make the light wider, brighter and deadlier against the shadows. We ditched the idea eventually, because too much resource management would shift the focus away from the main purpose of the game. Also, if we gave the light more power, we'd have to make the monsters tougher in proportion, so that the game would still have its endgame phase. So actually, it would just make the game perhaps drag a bit longer, especially for the players who are good at resource strategics.

So the main difficulty curve comes from how hard the monsters are to kill. It took us some time to get it somewhat right and we're still not officially done with the balancing. The hard part was to make the very beginning of the game sweep the player into the action and atmosphere, while being first-time-friendly and leaving us with enough room to make the rest of the game more difficult. So that once you hit those 50+ levels, you'll look back at the first 10 as having been a breeze in comparison. But, there still needs to be a decent chance for a player to reach that level 50 and push a bit further.

So in order to find the right balance, we've been tweaking with spawn rates, hit points and damage. Another important factor was how those attributes increase as the levels stack up. For example, at first our ghost were insta-killable, but after a few playtesting rounds we gave them some durability. We also increased their spawn rate dramatically from the first iterations, so that there is enough to do for the player. 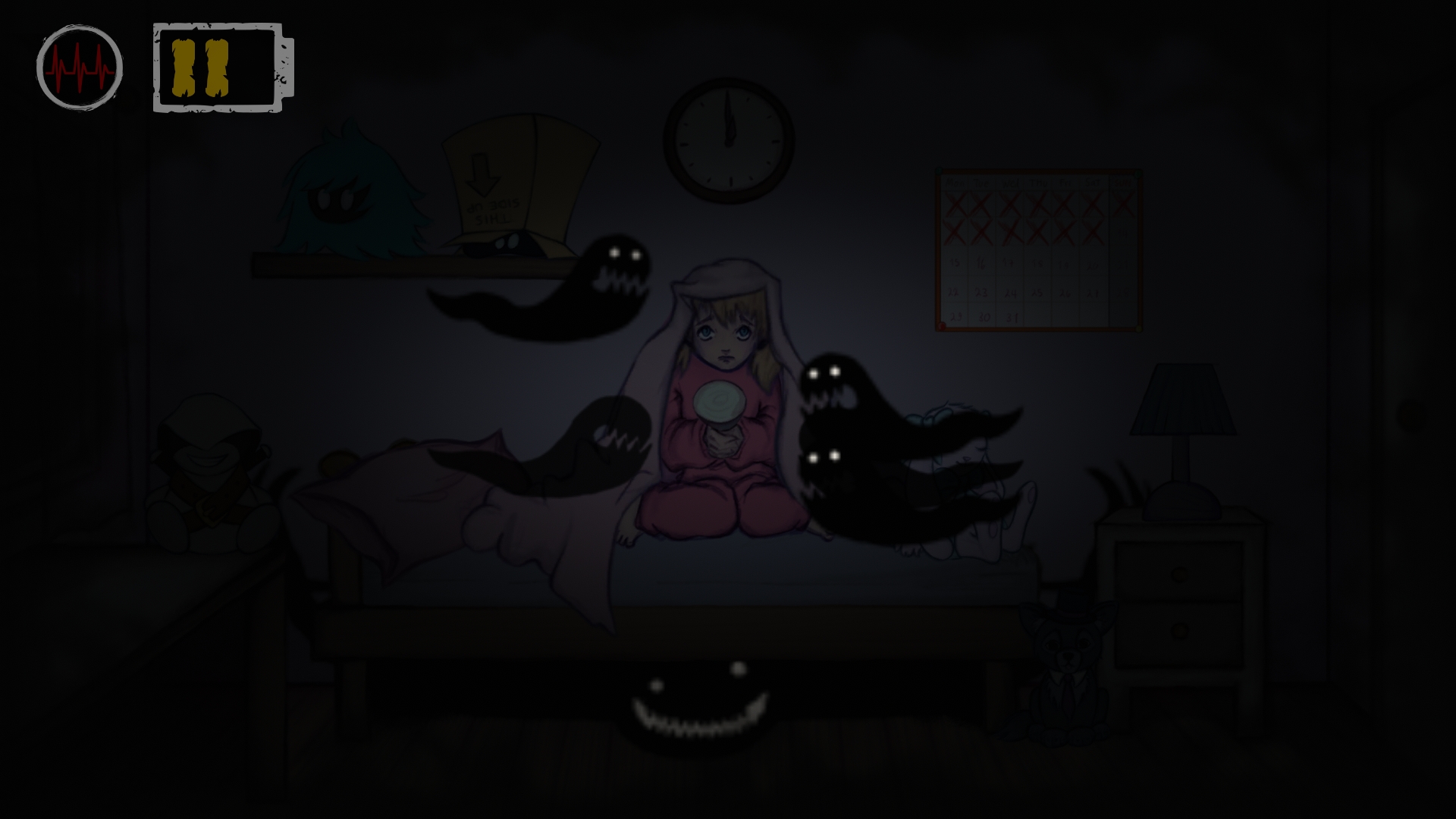 Playtesting is a key element to finding out if the stuff conceived at the drawing board translates to actual fun gameplay. This is why we encourage for frequent builds of the game,  from as early as possible. In-house playtesting is a crucial part of our process as we search for the right balance. Playing the game ourselves also might spark up new ideas on what is missing from the game or what could be done differently.

Of course, in-house playtesting is not enough in the long haul, since we're such a small sample and we've already lost the 'first touch' of the game. Playtesting with outside testers is all about that. We encourage the testers to just speak out loud whatever they are thinking about when playing the game. This will give us valuable insight on how they perceive the game, whether they notice the things we wanted them to notice and if there is something irrelevant distracting them. They also need to be quite honest if the game is fun for them, if they'd want to play more or be willing to purchase it. And most importantly, what would be the thing that would make the game fun. More brutal the honesty, more we can do with the testing results. So it's very important to keep in mind why we are asking for the opinions, so as to not take them personally or get defensive about it. If we'd shut out all the negative feedback, we wouldn't be able to improve.

Actually, were facing our first really open playtesting event next week. Anxiety of Alina is participating in a national student game competition, and the local qualifiers are next week. There will be audience and judges who'll be playing the game. The game definitely needs to be captivating, engaging and all other sorts of retention-adjectives. We'll also get very valuable feedback on the game, from where we can build the game forward.

I'm personally very interested to see how far in the game any player at the event can progress. Can someone make it even to level 30 on their first go? Will they want to beat that record? I don't think that everyone can ever make it to the final entries in Alina's diary, but it'll be interesting to see how many get there.

Author: Sade, Vainary CEO and Producer of Anxiety of Alina