Playtesting at an Event

We are a bunch of introverted game developers, it's quite easy to admit as much. So it's way too easy to get stuck just throwing ideas around among our little group. Every so often though, it is good practice to just take the game out there and just get some feedback from outside people, from the actual potential players. One such opportunity is getting the game into a competition, which is what we did, and here's a recap of the whole event.

We applied Anxiety of Alina into a national student game competition Bit1, that was held for a second time this year. In the main event the top teams from the largest game hub  cities in Finland compete for the points from a panel of judges who are top game industry people in the country. We were competing for Turku and scored a spot in the top three from our preliminaries - Prebit - advancing into the finals.

The Prebit even was the first occasion where others got real hands-on playtime with our game, as we told in our previous devblog. We got some valuable remarks and pointers on how to proceed with the game in regards to game balance, difficulty curve, user experience, and business model. We took all of this into heart, discussed our options and made some changes into the game accordingly. However, we did not have that much time before the Bit1 2019 event, but did what we could, while still having a solid and bugfree(ish) buld for the judges to est out. 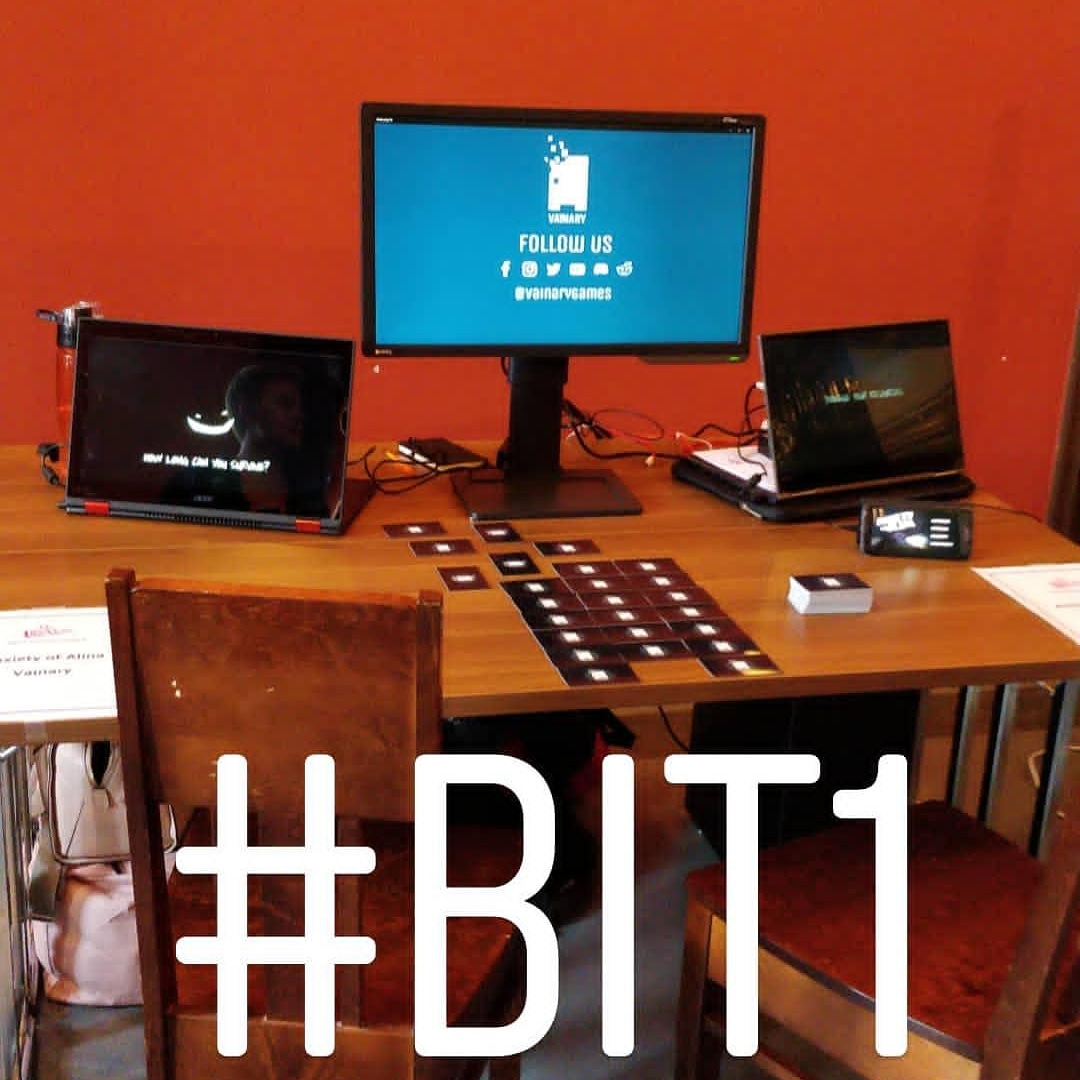 So, this week a group of three of our developers traveled to Tampere, where the main event was hosted this year. The event was for two days: the first day was reserved for pitching the games and playtesting for the judges only, the second day was open for public and at the end of the day, we heard which teams had made the best impression.

Pitching your game is... a very important skill to master. Also, highly nerve-wrecking, if you ask our CEO who has to actually present the pitches. In just a few short minutes, you have be able to convey the basic idea of your game, convince everyone of the novelty of it, dive into the business model and praise your team. In Bit1 though, it's not all about the pitch, since that's mainly there to just give everyone the taste of  your game, to make them intrigued enough to come test it themselves. The real job has been made weeks and months before the event, since in the end, it's all about how good your game actually is.

So the three of us were manning our demo stand, phones at hand, getting people to play the game. It wasn't a real playtest setting, some of the visitors wanted to hear a brief intro of the game before trying it out, other wanted to just dive in and learn by trial-and-error. The latter got us true insight on first impressions of the game and although we got critique and new ideas on how to improve UX, it was quite encouraging nevertheless. One of us was taking notes of all the comments we got and that piled up into a huuuge list! 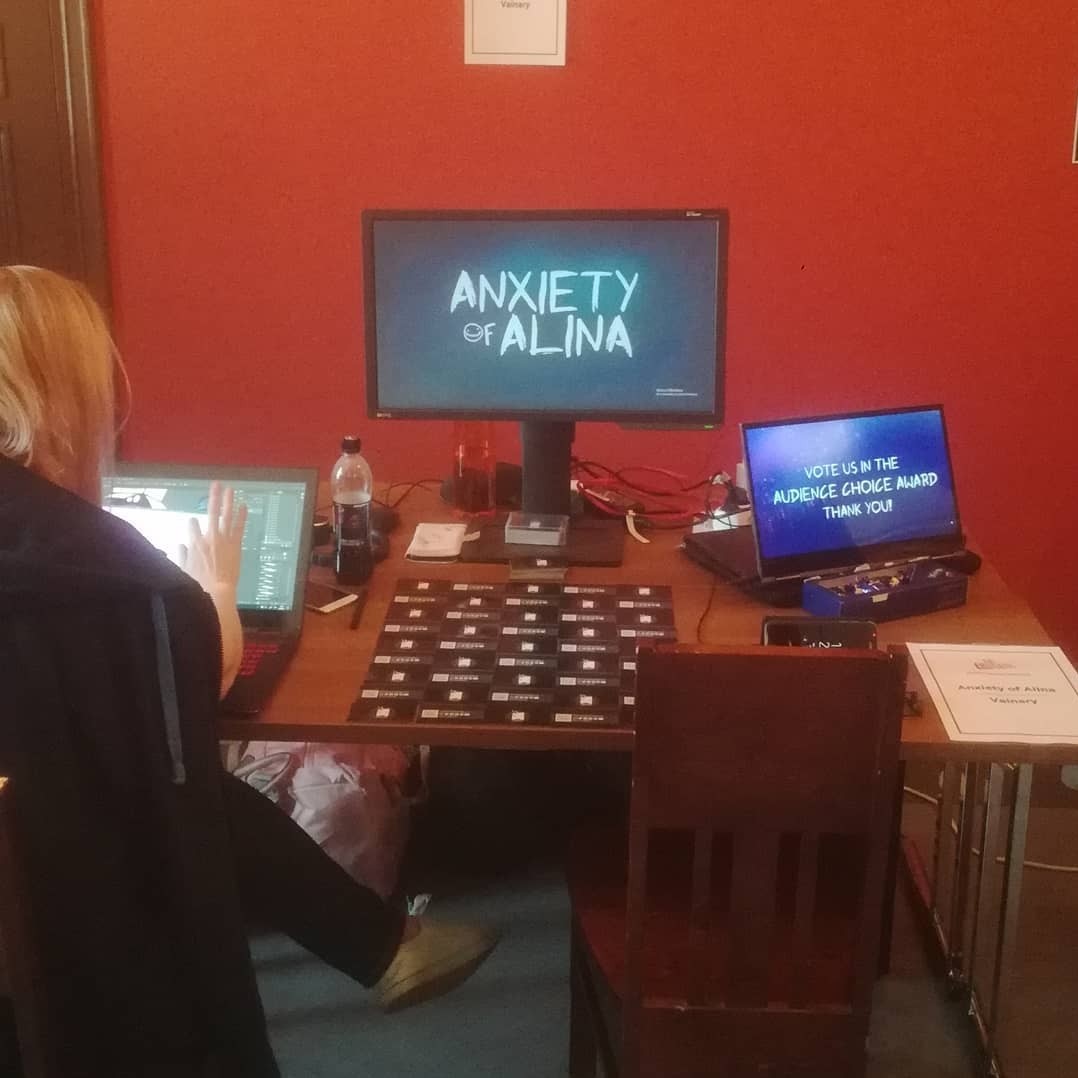 (CEO making some early morning game developing at the venue before the doors open.)

The second day was dedicated all to demoing the games. Must say, there seemed to be less visitors this year than there were last year at Bit1 2018 at Helsinki, but this worked out for us nicely, since then we had more time for each individual person. In the end, it was quickly apparent that our game was not something that could be fully grasped within a few minutes. To get really into the whole story behind the game would have required tens of minutes or more. It was also very interesting to see who really responded to the whole theme and the story-driven aspect of it, because it really helped us in solidifying our target audience for the game.

All-in-all, most of the feedback was quite positive. Learning how the people played - and more importantly: wanted to play the game gave us quite a new direction on where to take Anxiety of Alina. Some might say that it is foolish to rescope the game at this point of development, but we really want to release a game we can be proud of, we would play ourselves and would invest money into.

Sadly, we didn't make it into the top 3 of the competition. But that's ok, the quality of the games was very high and there were many games that looked ready to ship although just being a few months in development. For us, it was mainly about getting networked and getting playtested. 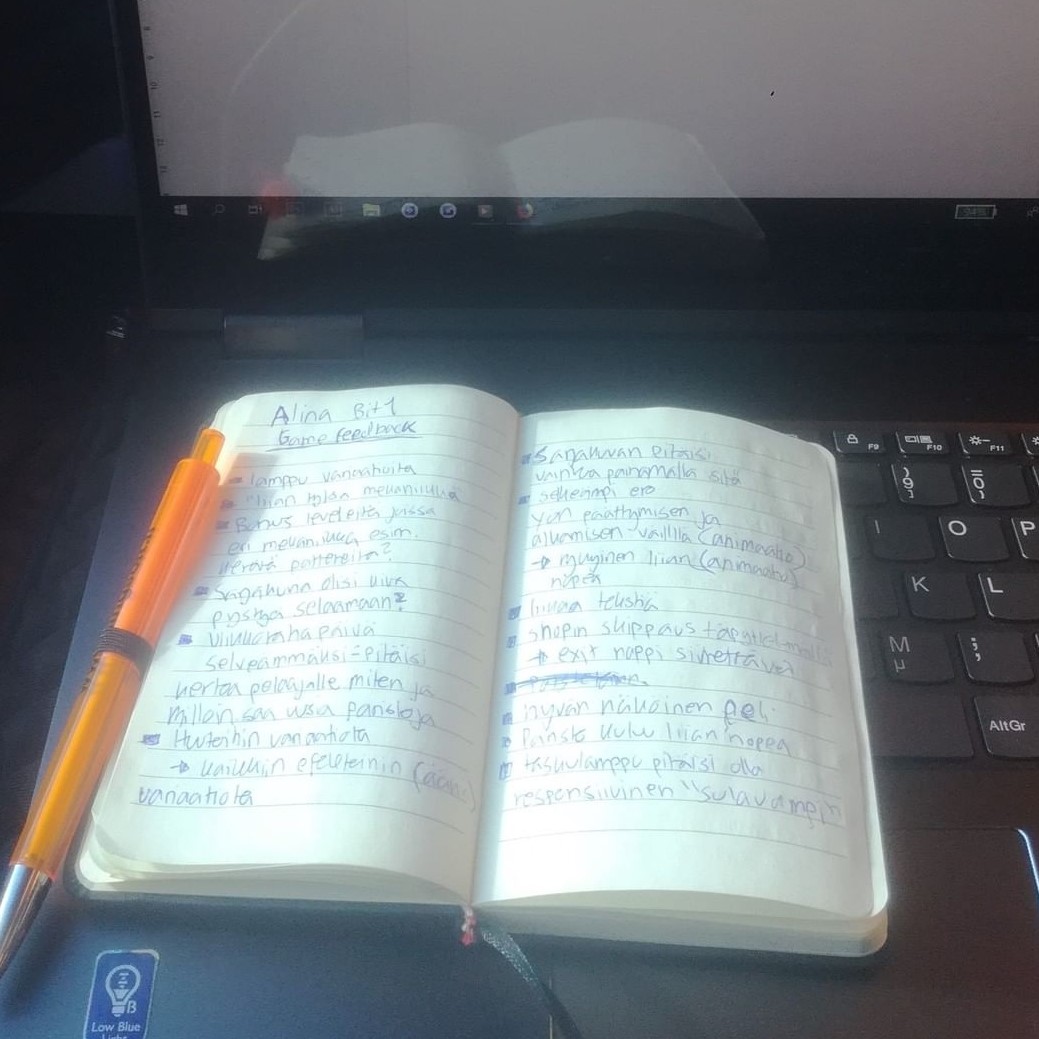 So now, since we have recouped from the trip, we've been going through all the feedback. Of course not all of them are going to be picked for the development pipeline: we simply can't cater to everyone with this game. But changes are coming up and now it's crunch-time to get the game ready for an open Beta.

Author: Sade / CEO and producer of Anxiety of Alina